Claims to live in Manchester, but watches the Pears stuff the Bears at Edgbaston.

Likes Jude the Obscure, which I've always found to be Hardy's most unsatisfactory novel. Just as Alec D'Urberville is in many ways a more sympathetic character than Angel Clare (at least he knows what he wants - the most beautiful, wonderful and desirable heroine in all of world literature - ever), so Arabella is more appealing than the dreadful Sue, who would have been happier on a Women's Studies course at Reading (or Aldbrickham) circa 1978.

Seamole has converted to "Christianity, the religion that worships the source of all Truth, who is Jesus Christ". He's become a Catholic and stopped blogging.

"I stopped writing here around the time of my conversion. I have other, better interests now, and new demands on my time." I like to think that God can speak through a blog as well as anywhere. But there are many ways to witness. (Not that I claim divine inspiration for anything here, being all too aware of my frailties - and the more aware, the more important it becomes to give thanks and praise.)


Sudan Watch. A noble cause, really more Mick Hartley's area than mine, although I do have an upcoming post. The world is having kittens currently over several hundred deaths in Lebanon. No one disapproves of killing people more than I, yet the much greater numbers of deaths in Sudan, Chad and the Congo are passed by on the other side. Because (IMHO) whitey's not involved.

Drunkablog. I like this a lot, but then I love America. 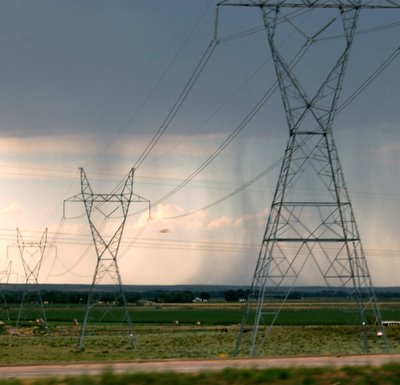 Christian, from Coventry. No posts since February !

Steve Sailer. IQ, genetics, racial differences, racial preferences (i.e. things that would be called racist if a white person did them), all sorts of things you're not supposed to talk about. But no swivel-eyed loon he.

Quietly Seething. Don't be too quiet.

Anti-Jihad Pundit. Lots of stories, links. Busy. Does exactly what it says on the tin.

And I must link to Brussels Journal, currently the subject of police harassment.
Posted by Laban at 9:12 pm

Thanks for the link!

I have quite a lot of sympathy for your position viz Sue. Hardy was very much the philosopher, and he contrasts the earthy, buxom, realist Arabella negatively with Sue, who is presented as aspirational, and often dressed in white, which combined with her slenderness gives her an ethereal aspect.

Personally, I'd pick Arabella every time, but I guess she lacks a little of the moral purity of Sue. I do, however, believe she's one of the great misunderstood villains of Victorian literature. In fact, I once wrote an essay on the matter which I've been hoping to get published, but that's probably a pipe dream.

Thanks for the link.

But I actually hace changed to the link that appears in my name. ;)