I yield to no one in my detestation of Tony Blair and Gordon Brown. But the decision not to invite them to today's bash seems petty - and in the case of Brown, downright vindictive - talk about kicking a man when he's down. What must his wife think ?

Blair was a snake-oil salesman, Brown a magician whose house of cards finally tumbled. But Blair was elected Prime Minister three times - as many as Margaret Thatcher - and Brown was PM this time last year. Questions of personal like or dislike shouldn't have come into it - they should both, as former leaders of Britain, be at what in all but name is a full State occasion.

It will give a degree of aid and comfort to Labour Party republicans - although recognising political realities*, none will be going to the scaffold for Blair or Brown - but that's not the main objection.

"it is highly regrettable — indeed, I would say constitutionally irregular — that the two most recent prime ministers of this country, who happen to be Labour, have not been invited to Friday's Royal Wedding... whatever the explanation, this is a decision that will damage the monarchy more than the feelings of Mr Blair and Mr Brown. Once the Crown appears to be taking sides — and that is the impression, if not the intention — our delicate constitutional arrangements are imperilled."


I almost forgot to say. In Martin Kelly's words : Best wishes to the happy couple for a long and fulfilling married life; and also to everyone else who has married yesterday and today, who is getting married tomorrow, and who will get married from now until the end of time.
Posted by Laban at 9:02 am 23 comments:
Labels: UK politics 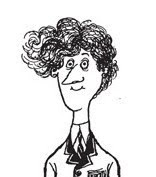