I think this is quite a way better than the original.

Posted by Laban at 9:39 pm No comments:
Labels: music, patriarchy

Now that Labour are consigned to the privatised council dustcart (rubbish/recyclables alternate weeks) of history, its adherents seem able to speak a few previously un-nameable truths.

First of all, a little aside in a Lib Con piece by one Adam Ramsey :

"Tony Blair seemed to believe that if you sound like a Tory, you can sneak through some Labour policies. So he switched from “tough on crime, tough on the causes of crime” to announcing initiatives to march ‘hoodies’ to cash machines.

And while these statements were Daily Mail fodder which never actually happened, a whole generation of people began to believe that attacking those who commit crime is the appropriate response ..."

I've been pointing that out for five years at least.

And here's the Sunster himself telling it like it is - or was :

The war on social issues has broadly been won by the left.

Can't argue with that, can you ? Nor with this (other than the word 'great') :

" ... expanding the size of the welfare state and making it central to people’s lives, despite Thatcher’s best attempts to destroy it, was one of New Labour’s greatest achievements ..."

He's not too sound on his history - given that the Thatcher years saw the explosion of the British underclass and the fatherless family*, and some fairly hefty public spending. But his point about trying to create as many welfare recipients as possible is a valid one. This struck me when I realised that an income of 48K entitled one to Child Tax Credit. The Gord giveth and the Gord taketh away. Welcome to the Benefits Big Tent !

* as Charles Murray put it :

When I wrote (in 1989) in the Sunday Times Magazine that Britain did indeed have an underclass, small but growing, the news had no natural constituency. Conservative politicians were embarrassed that crime, unemployment, and illegitimacy had soared conspicuously on their watch, and would just as soon have ignored the whole thing. The Left, ordinarily delighted to blame anything on Margaret Thatcher, couldn’t admit that crime really was rising and large numbers of people were exploiting the dole without sounding like lower-case conservatives. As for unmarried women having babies, it was a good sign, not a bad one, that women were no longer forced into marriage just because they got pregnant. From Left and Right alike, the notion of a British underclass was generally dismissed as an attempt to impose an American paradigm on British problems that weren’t really so terrible anyway.

It's a delicate suggestion - nothing more ...

A feminist classic of Edwardian times, recorded in 1932 by the Spanish mezzo-soprano Conchita Supervia.

I once walked with her by the Arno, in Florence, where navvies engaged in road work put down their picks and stared in frank admiration as she passed. Supervia, without even a glance in their direction, sensed their admiration and visibly preened herself.

"You surely don’t enjoy men looking at you like that?" I asked.

"I do," she replied, amused at such a very Anglo-Saxon question. "I don’t find it unpleasant to think that they are all saying to themselves, “If I was a rich man, that’s what I’d want.”"

If you chance to be invited to a ball,
And meet someone that you don't expect at all,
And you want him close beside you,
While a dozen friends divide you,
Well of course, it's most unladylike to call,

So you look at him a minute - nothing more
And you cast your eyes demurely on the floor,
And you wave your fan just so,
Well, towards you, don't you know,
It's a delicate suggestion - nothing more ...

When you see him coming to you, simple you,
Oh be very, very careful what you do
With your fan just kindly play,
And look down as if to say
It's a matter of indifference to you,

Then you flutter and you fidget with it so,
And you hide your little nose behind it so,
And when he begins to speak
You just lay it on your cheek,
In that fascinating manner that you know,

And when he tells the old tale o'er and o'er,
And vows that he will love you evermore,
Gather up your little fan
And secure him while you can,
It's a delicate suggestion - nothing more ...


(When she takes a crack at an English song the results are quite charming.)
Posted by Laban at 11:09 pm 2 comments:
Labels: music, patriarchy, Spain, the way we were 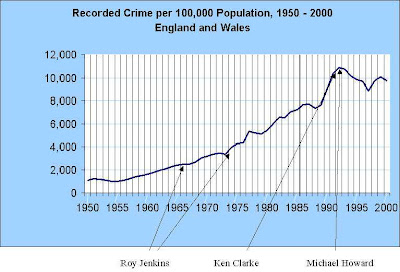