We were at a non-league match this afternoon, and there was a minute's silence before kick-off.

You might not have heard a pin drop, but you could hear the nearby traffic. Someone coughed about fifty yards away. Otherwise, not a sound from 800 people. Everyone in the stands was on their feet.

The silence seemed to go on for more than a minute. A church clock a quarter of a mile away struck three. Still silence.

Then the referee blew and the whole ground burst into applause.

My Country Is Cwmbwrla Square ...

Some snaps from the Laban Tall family album.

"There is no real history of great involvement in education in working class homes" - Barry Sheerman MP, in Parliament on 22nd November 2005. 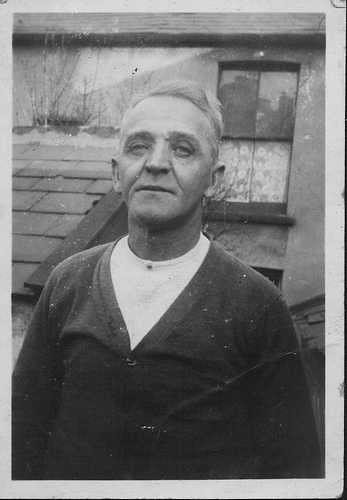 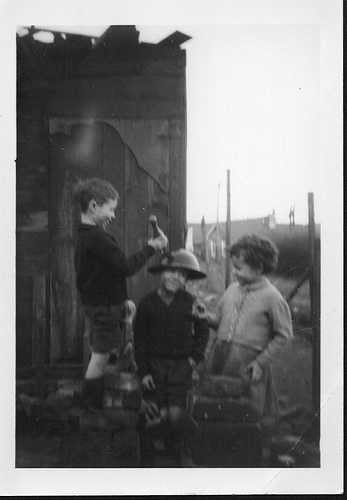 "Ask any woman ... from those pre-60s liberation times and they all have stories to tell about sex and terror for themselves or friends." - Polly Toynbee 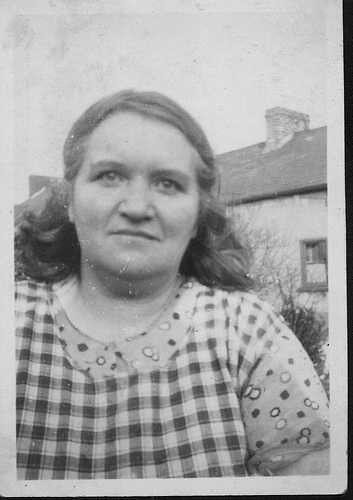 "He Was Going To Die Anyway"

And a very good argument for murder it is, too. After all, we are all going to die sooner or later.

There do seem to be a lot of (allegedly in this case) murderous GPs popping up all over the place.
Posted by Laban at 7:22 am No comments:

Alright, so the murder, and trial of the killers of Christopher Yates received no national news coverage. just one local BBC story before the verdict, while the ongoing trial of the Anthony Walker accused is the subject of daily national news updates.

But someone's conscience must be pricking a bit. The BBC News website has decided to take a detailed look at the case. The conclusion ? The killers were acting like white people.

"Three young men get very drunk, shout racist abuse, assault a waiter in a curry house and get involved in a series of brawls, climaxing with an attack on a innocent man who crosses their path.

It sounds like an all too familiar night of violence of the type which blights many city centres in Britain.

Except that the victim, 30-year-old graduate Christopher Yates, was white."

How very odd. For the BBC is a stronghold of what Marian Fitzgerald calls "the Seventies model of racist behaviour, which meant all racism involved the white community" - so how can non-whites be racist ?

The BBC analysis appears to be that these chaps have gone native, with the inevitable unhappy results.

"Maqsood, Bashir and Zulfiqar eschewed their parents' religion and culture - although they paid lip service to it - and chose instead to imitate their white English peers with binge drinking, sex and consumerism."

One mustn't be too critical. It's progress that the piece even appears at all. The BBC have a mental narrative in which half the globe is still pink and England is covered with 'No dogs, blacks or Irish' signs. Strangely, it's they who are having difficulty coming to terms with a multracial, multicultural society. If anyone there ever looks at the Home Office figures (table 3.6) which show that in inter-racial murders white people are much more likely to be victim than perpetrator, they probably put it down to poverty or the legacy of colonialism.

It's not deliberate - it's rooted in their culture. It's "unwtting and unconscious" as someone once said.
Posted by Laban at 6:57 am No comments:
Labels: Anthony Walker

What Labour Think Of The British Working Class

"There's no history of involvement in education in working class homes".

Not after 1970, perhaps - which seems to be as far as Mr Sheerman's memory stretches. I wonder how many poor parents since then have despaired of the school their bright child is stuck in. How patronising and ignorant can you get. Cretin.
Posted by Laban at 7:00 am 2 comments:

It was only last week that a self-appointed 'independent commission' was telling us how bad prison is for poor young people - 'young' meaning anyone under 23.

How right they are. A correspondent tells me of the tragic tale of one Ben Redfearn-Edwards. A punitive, neanderthal judge sent him to a young offenders institution for two whole years - just because of a little attempted armed robbery. Haven't we all done things we regret when we're young ?

So when, a few days after being released (on licence of course), he attempted a little mild sexual assault on a woman walking her dog - well, what's a boy to do if he doesn't want to be identified ?

It was claimed Ben Redfern-Edwards, 21, was desperate to stop beautician Jacqueline Ross, 44, identifying him after he pounced on her, possibly to sexually assault her.

His initial attack on a canal towpath in Disley, Cheshire, was foiled when Mrs Ross's terrier bit him.

But he then allegedly battered her with a brick because he "dreaded" going back behind bars.

You can't but feel for him in his dilemma. What a senseless waste of a young life. Such a nice boy, too.

Redfern-Edwards laughed and made an offensive gesture to the victim's family including her husband Michael Ross.

Mr Justice Pitchford warned Redfern-Edwards he would receive a statutory life sentence (NOTE - could be as much as five years in practice - LT).

He told the jury that one of Mrs Ross's two young sons started school on September 5 and said he "wanted his mum".

As the defendant was taken down, he spat in the direction of Mrs Ross's family.


Another correspondent mentions a poor young thing who committed her first crime when she was only 20. How wrong it would have been to lock her up so young.

Sadly, she didn't seem to grow out of the habit as she got older.
Posted by Laban at 11:07 pm No comments:

When the Government make the occasional feeble gesture in the direction of defending the public from criminals, defending our borders from economic migrants, or our nation from terrorist attack, a host of lawyers and interest groups spring to the defence of said criminals/asylum seekers/terrorists.

"Political justice !" they cry. "Separation of powers !" "An independent judiciary !"

Another day, another initiative overturned in the courts, to applause from Amnesty, Liberty, the BBC, Guardian, Indie and all right-thinking people. The idea that a politician can influence the length of a prison sentence has been discredited in the very wonderful European Court. A Home Secretary setting the tariff for an Islamic terrorist ? Leave that to the judges, mate.

Only one exception. When the politicians are letting murderers out.

The Good Friday Agreement in Northern Ireland provided for large numbers of terrorist killers to be released long before the terms to which they ere sentenced expired. Peter Hain is about to let various murderers who are on the run return to Ulster - in a deal which involves them turning up in court on the understanding that they won't be punished.

Strange. I haven't heard a peep from Mike Mansfield, Gareth Peirce, Helena Kennedy or Clive Stafford-Smith. No Guardian editorials on interference with the justice system, no Indie front pages claiming that Blair is usurping judges' powers. You'd have thought they'd have been straight down the courts demanding a judicial review, insisting that the law was to be applied by judges not politicians. How very odd.
Posted by Laban at 10:26 pm No comments:
Labels: Home Office strategy overturned by the courts

A. - they're worried that Turkey might join too.
Posted by Laban at 10:34 pm No comments:

On one hand, Billy Bragg and his mates are 'reclaimimng the Cross of St George' from White Van Man and his pit bull terrier.

On the other, it looks like two can play the 'Reclaim George' game. Although there seems to be some doubt that the great man actually said it.

(via what appears to be the first BNP blogger)
Posted by Laban at 10:50 pm No comments:

Nowhere is this more apparent than in the field of criminal justice, where pro-criminal organisations like the Howard League and Prison Reform Trust must have a car and driver on standby 24/7, so many studio guests and Today programme interviewees do they supply.

This report was publicised on Today (RealAudio) and national radio news. Sunday's Radio 5 Julian Worricker report discussed it. Worricker lined up an array of 'criminal justice professionals' including Master-lookalike Rod Morgan, the seventies throwback ostensibly in charge of 'Youth Justice'', and the Howard League's Frances Crook, who must by now be able to find her way to a BBC studio blindfold. One other guest brought a jarring note to the liberal consensus - a lady from Glasgow whose daughter had been murdered by one of Mt Worricker's 'Convict Kids'.

The independent Commission on Young Adults and the Criminal Justice System was set up in the summer of 2004 by the Barrow Cadbury Trust.

A range of people involved in the criminal justice system, including doctors, lawyers and criminologists, were invited to give evidence.

As the excellent New Labour Unplugged reveals, the 'independent Commission' has no official standing, and is about as independent as a BNP branch meeting. It consists of a number of people, all of whom but one appear to be funded by the taxpayer. Hangers and floggers need not apply. I quote :

The membership of the preposterously entitled Commission on Young Adults and the Criminal Justice System says everything you need to know about its conclusions. And like similar reports from other bodies who handpick the experts they want to give the answers they want, its membership also highlights how an elite of dubious university departments, political charities, so-called not for profit organisations, human rights lawyers, think tanks and public sector bossyboots provides an intellectual underpinning for New Labour - courtesy of government grants and contracts which border on the corrupt.

As NLU points out, these people, arguing that 22 year old 'youngsters' need 'help to grow into adulthood', are the sort usually to be found campaigning for votes at 16.

The conclusions of the 'Independent Commission' ?

Using prison sentences is counterproductive and magistrates should avoid imposing custodial sentences until the age of 23, the report said.

It also argued that young offenders under the age of 23 should not be required to disclose their criminal convictions to potential employers.

That's a good idea. Then these vulnerable kids could avoid jail. And this poor 23 year old, kept out of prison as part of our oh-so-successful community punishment regime, could be convicted of abusing a child and still get work in a school, were he a few months younger.

"A convicted criminal given work at a primary school as part of a court community service punishment went on to sexually abuse a child, police say.
Ian Missing worked as an odd-job man at the un-named school after being convicted of common assault.

The 23-year-old, of Chelmsford, Essex, had previously been accused of sexually abusing a child but not prosecuted."
Posted by Laban at 9:22 pm No comments:
Newer Posts Older Posts Home
Subscribe to: Posts (Atom)