A lot of reggae from that era has a slightly Western feel - the drums and guitar chugging along like a wagon and horses.

'Ring of Gold' is nice too.

How true that is.

Finally ... something right up to date - banjos. A bunch of publicans, but none the worse for it. Via my son :

"Green Thieves Were My Delight"

The pair found that those in their study who bought green products appeared less willing to share with others a set amount of money than those who bought conventional products. When the green consumers were given the chance to boost their money by cheating on a computer game and then given the opportunity to lie about it – in other words, steal – they did, while the conventional consumers did not. Later, in an honour system in which participants were asked to take money from an envelope to pay themselves their spoils, the greens were six times more likely to steal than the conventionals.

File this finding along with the news that liberals are more racist than conservatives.
Posted by Laban at 5:47 pm 1 comment:
Labels: pointy heads, the contradictions inherent in the system, UK politics, white liberals

Lefty (but no party line-toer he) blogger and toilet-mouthed iconoclast John Band, like Ben Elton, has 'done a Darcy' and moved to Oz.

"Mineral wealth, newly-elected centre-left government, and no bloody ice. And about as far as you can get from George bloody Osborne… "

And, as I noted in the Elton post, a place that's a lot less diverse than the UK, especially his old stamping ground of London.

Mr B, whatever else he may be, is an intelligent, competent chap. I wonder who we'll import to replace him ?

I used to chaff him somewhat for not having children, on the grounds that only parents should be able to vote on matters affecting children (i.e. most things). The poor chap's now running on one cylinder after a series of unfortunate events, but he mustn't think that centre-left Aussie Premier Kevin Rudd is going to let him off sprogging :

I was at a function where Kevin Rudd was giving the keynote address. He talked about the ''crisis'' of Australia's ageing population and the various economic challenges we will face as a result.

Arguments were made about superannuation and the strain on healthcare. But there was a deeper message: young people (women in particular) are failing in their civic duty to reproduce. Apparently, gen Y is to blame for the inverted population pyramid.

There were hundreds of people in the room but only a handful under 30. As one of the under 30-crowd, I shuffled nervously, hoping no one would recognise me - and my empty womb - as the deeply unpatriotic and traitorous felons that we are.

After Rudd came off stage, he spoke to me and the few other under-30s (we had congregated for strength in numbers). He extended his points about the problems with the ageing population and the financial problems gen Y will incur when the baby boomers become pensioners.

At that point one of my friends introduced me, dropping in that I am completing a PhD. At this, Rudd rolled his eyes and in a terse voice lacking any sense of irony remarked that is the "excuse" that "all" young women are using nowadays to avoid starting families. Since then I've come up with numerous one-line retorts, but in the moment I just froze in shock.

Hah ! Kevin Rudd seems more switched on to the demographic implications of failure to reproduce than any UK Labour MP. Mr Band's duty stands plainly before him.
Posted by Laban at 4:42 pm 11 comments:
Labels: blogging, demography, the contradictions inherent in the system, UK politics, we're not having kids, white liberals

Normblog Profile - The Gift That Keeps On Giving...

What do you consider the most important personal quality? > Tolerance.

Do you think you could ever be married to, or in a long-term relationship with, someone with radically different political views from your own? > No.

Why don't any men fall into this particular heffalump trap ?
Posted by Laban at 9:30 am 2 comments:
Labels: the contradictions inherent in the system

That the UK kept the government and social policies it has had for the last 50 years, but had never had an Industrial Revolution in the beginning. Wouldn't it look a bit like Kerala without the beaches?

Many of its social indicators are on par with the developed world and it has the highest human development index in India. It also has the highest literacy rate (more than 90%) and life expectancy in India, lowest infant mortality, lowest school drop-out rate, and a fairly prosperous countryside.

In contrast to India's more prosperous states, like Punjab and Haryana, Kerala can boast a very healthy gender ratio - women outnumber men here. Life expectancy for women is also higher than for men, as in most developed countries. Thanks to a matrilineal society, women, by and large, are more empowered than in most places in India.

Super. And this is thanks to ?

All this happened because of the region's early trading connections with the West - the Portuguese arrived here in the 15th Century, followed by the Dutch and then the British - and a long history of social reforms initiated by the missionaries and the kings of two princely states that were later integrated to create Kerala.

And thanks to pioneering land reforms initiated by a Communist government in the late 1950s, the levels of rural poverty here are the lowest in India. Decent state-funded health care and education even made it the best welfare state in India.

I'm not sure why the West should have had such a beneficial impact here as compared with the rest of India, where they were also involved in trading.

Yet, today, Kerala is a straggler economy almost entirely dependent on tourism and remittances sent back by two million of its people who live and work abroad, mostly in the Gulf. Joblessness is rife due to the lack of a robust manufacturing base - more than 15% in urban areas, three times the national average. More people here are taking their lives than anywhere else in India. Alcoholism is a dire social problem - the state has India's highest per capita alcohol consumption. People migrate because there are no jobs at home.

Kerala's biggest advantage - high literacy - has become a strange liability: the vast majority of educated unemployed have to go elsewhere for work.

Economists find this paradoxical given the fact that Kerala has met most of the UN's millennium development goals.

Hmm. It does sound like the UK - or maybe the UK in another 40 years, when the last manufacturing has gone.

Some commentators say the problem stems from the fact that Kerala is an over-politicised and "over-extended state". The argument goes that radical unions, bolstered by successive communist governments, have acted as "pressure groups advancing particular vested interests". In the process, the general prosperity of the state has been neglected.

Hmm. An over-extended state where the unions* act as vested interests to keep the state over-extended, at the expense of general prosperity ? The parallels with the UK get closer ...

The parallels aren't exact though. Kerala isn't (as far as I know) importing millions of less-educated people of differing cultures to compensate for the educated Keralans who leave, building up ethnic resentments when integration does not take place. Perhaps they've taken a look at Assam and West Bengal.


(via Steve Sailer, whose view is "if you want to turn your country into Sweden, it's best to get fairly rich first")

* I think unions are a good - indeed a vital - thing in private industry, when they protect workers from employers trying to drive wages down. Alas UK unions support the employers in this.
Posted by Laban at 9:03 am
Labels: UK politics

Marvel at the CV of the new Children's Commissioner, 'Maggie' Atkinson.

a) after writing her "personal summary" she must have gone up a couple of hat sizes. Humility not a key skill (but aromatherapy is). 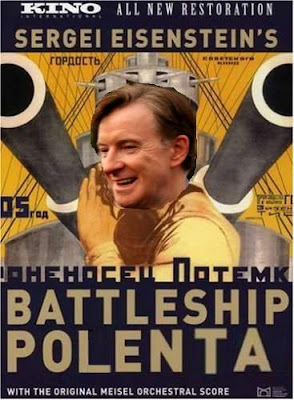 "No English Workers Have Been Involved In Making These Asda Sausages"

British workers have been turned away from jobs in a local factory – for not speaking Polish. Cooked meat manufacturer Forza AW effectively barred anyone but Poles for applying for jobs on its production line in East Anglia by insisting all staff speak the language fluently. The company claimed it was necessary as all health and safety training was conducted in Polish.

But Forza – a major supplier of Asda supermarkets – was last night accused of anti-British discrimination because of the adverts.

Headed ‘Immediate factory work available!!!!’ it continued: ‘If you are available or have any friends available, work is starting tomorrow for induction training.

The advert was signed Katrina Massingham, the company’s ‘industrial team leader’ and it was dispatched to hundreds of potential applicants on the firm’s books.

But wait ! It might just be all an unfortunate error !

A reporter listened in as the 31-year-old man called OSR to ask about the jobs last Tuesday. The first question he was asked was: ‘Are you Polish?’ When he said no, but could speak the language ‘a little’, he was told: ‘Actually, you have to be fluent because the health and safety training is all done in Polish.’ By Friday, however, after The Mail on Sunday rang again several times and got the same response, the company appeared to have second thoughts about the wisdom of the advert.

An OSR employee gave a different version to a Polish-speaking reporter saying: ‘Actually, you don’t have to be Polish, but it helps.’

When another reporter posed as an English applicant, Ms Massingham told him that all the jobs had been filled but that the language requirement was ‘not too important now’.

She added: ‘For some reason the training was in Polish but we’re trying to get them to change it, because it’s a bit silly, really’.

Yesterday, Mr Max Hilliard claimed the advert’s wording was a mistake and due to a ‘breakdown in communications’ between his firm and OSR Recruitment. He said he was unaware of the ‘Must speak Polish’ clause until The Mail on Sunday alerted him to it.

‘In normal circumstances, this ad would have been vetted and the error removed,’ said the 51-year-old, who is Forza’s chief executive and principal shareholder, owning 60 per cent of the company.

‘We employ many English workers as well as Poles and Lithuanians, though I can’t give you exact figures ..."

Phew. Almost thought for a moment there was something to be worried about.
Posted by Laban at 9:47 am
Labels: immigration, jobs the locals won't do, Polska, UK politics
Newer Posts Older Posts Home
Subscribe to: Posts (Atom)