Unbelievable Fact Of The Day

via the comments at Socialist Unity, the revelation that the father of jazz-funk maestro Gil Scott-Heron (try this for a happy holiday sound) played football for Kidderminster Harriers.
Posted by Laban at 2:12 pm 4 comments:
Labels: Bromsgrove, UK politics 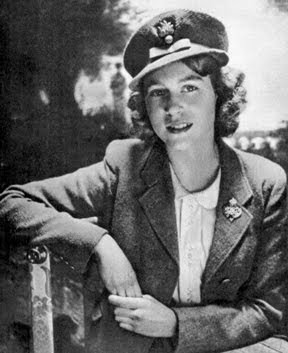 You've always done your duty (with the possible exception of a failure to send Heath and Blair to the Tower ... admittedly it would have been controversial at the time, but a monarch's place is to think of the survival of the nation, not just the institution. I guess you could respond that we voted for them, after all).
Posted by Laban at 10:07 pm 7 comments:
Labels: history, UK politics

"Is this going to be used to kill the English?"

I admit to finding this story hard to believe. But a lot of hard to believe things happen in Israeli politics, as anyone taking even a cursory glance at the subject will notice.

Israel secretly supplied arms and equipment to Argentina during the Falklands War due to Prime Minister Menachem Begin's personal hatred of the British, a new book discloses. Interviews conducted by the author of the book, the Argentine journalist Hernan Dobry, reveal that Begin saw the deals as a form of revenge for the hanging of a personal friend, Dov Gruner, by the British Mandatory Authorities in Palestine in 1947.

After the Argentine Air Force contacted Isrex, the Israeli defence company, a meeting was arranged between representatives of the company and Begin. Israel Lotersztain, a salesman for Isrex Argentina, said Begin interrupted the Isrex officials as they tried to explain the situation, saying: "You've come to talk badly about the British. Is this going to be used to kill the English? Kadima (go ahead). Dov [Gruner] up there is going to be happy with the decision. Obviously, it must be all done perfectly."

Gruner was sentenced to death for his part in an attack on a police station by Irgun, the Zionist underground paramilitary movement which Begin commanded before the state of Israel was established. As he awaited hanging, he wrote a letter to Begin, thanking him for his support and emphasising his belief in Irgun.

"He [Begin] hated the English above all; everyone had forgotten the British occupation, but not him" according to Lotersztain. His colleague Jaime Weinstein agreed, saying: "He did all that was possible to help Argentina, selling her weapons during the Malvinas [the Argentine name for the Falklands] conflict."


Well, if this is true, the dirty dog. Since when was any country's foreign policy the vehicle of its leader's personal prejudice, outside of a dictatorship ? No wonder Ben Gurion looked upon Begin as an extremist, and denounced his terror group Irgun as the “enemy of the Jewish People”. No wonder Einstein and Hannah Arendt described his immediate post-war party as "a political party closely akin in its organization, methods, political philosophy and social appeal to the Nazi and Fascist parties".

There were five flights in total from Tel Aviv to Buenos Aires via Lima, loaded with equipment such as gas masks, radar warning systems to prevent fire from enemy missiles, air to air missiles, duvet jackets and spare parts. Additional fuel tanks for fighter bombers supplied by Israel were particularly important for Argentina's war effort as they enabled pilots to fly to the Falklands and return to the Argentine mainland without stopping. Dobry discovered that Israel sent 1,500-litre tanks rather than the standard 1,300-litre models and writes that this meant the British Task Force had to move its fleet further east to prevent further bombings.

They did indeed move the Task Force east, after the loss of HMS Coventry and Atlantic Conveyor. But a/c/t Max Hastings' book on the conflict, the Super Etendards which sank the Conveyor were refuelled in mid-air by other Etendards, and the Argentinians were 'chronically short' of drop-tanks. The Israeli intervention probably killed far fewer people than were killed in the anti-Israeli and anti-Semitic bombings of the next decade in Argentina. But it's the thought that counts.

What's even stranger is that apparently the Brits were aware of Begin's dastardly deeds, and kept schtum AFAIK.

However, British intelligence services kept track of aircraft landing in Peru and even photographed some of the arrivals. "A newspaper once published a picture showing the loading on to an Aerolineas Argentinas plane and the British ambassador in Israel took the photo to Begin and hell broke out," said Lotersztain. "They were aware of the whole operation to the extent that sometimes when we discussed whether some supplies had arrived we would say, 'let's ask the English'".

Imagine that a British Prime Minister once had a young friend killed in the Falklands. Thirty-five years on he remembers that fact, and starts supplying weapons to Hezbollah via Syria, asking the Syrian purchasers "Is this going to be used to kill the Israelis?". Wouldn't happen. Who was it who said that a nation has no friends, only interests ? But what we see here, if true, is .. well, for once I'm lost for words.
Posted by Laban at 8:26 pm
Labels: history, Palestine, UK politics

The Curfew Tolls The Knell Of Parting Day

A source said that the two men, both black, were known to each other. It is believed they were both from Slough. Other witnesses said there had been a confrontation between the two men and that one had tried to flee from the other. A local shopkeeper, who asked not to be named, said: 'One man was trying to run away from the other one. A black taxi was flagged down and both men jumped in. They were arguing and one of the men then pulled out a knife and did the stabbing. There was blood over the seat and on the pavement as the door was still open. The taxi driver, who I think was a Sikh and had been on his way home at the time, then panicked and took the men to the police station.'

Thames Valley Police confirmed that the death was being treated as murder. A spokesman said: ''The major crime team from Thames Valley Police is investigating the killing of a man who arrived at Slough Police Station in Windsor Road in a taxi. An ambulance was called but unfortunately he was declared dead before he reached hospital. An area at the police station has been sealed off for forensic examination, along with an area of Stoke Poges Lane."

It was in the churchyard at Stoke Poges that Thomas Gray wrote that most English of poems, the Elegy Written In A Country Churchyard.

"The boast of heraldry, the pomp of power,
And all that beauty, all that wealth e'er gave,
Awaits alike the inevitable hour.
The paths of glory lead but to the grave."

"strengthening the family and increasing the birth rate"

Not only that, this summer they'll be hosting in Moscow what's described as the first world pro-life and pro-family demography conference. Ironic, considering that Russia is still the world's abortion capital. Maybe Mr Putin needs to consider figures like these :

Makes the UK, where about 25% of pregnancies are aborted, look a model of restraint.

Russia also shares with the UK the demographic feature that some ethnic groups have a lot more babies than others. Encouraging more Russians may, for example, encourage even more Chechens.

Quite how you encourage people to have more babies is an interesting point. I'm generally inclined towards Steve Sailer's theories on Affordable Family Formation, but there are a host of other cultural factors. AFF is IMHO generally valid as a pointer to relative fertility within a given group - say working and middle-class white Americans or Britons. But that wouldn't, for example, explain why those of Pakistani or Bangladeshi heritage have so many more babies than white Brits - my guess would be that rearing five children on housing benefit in East London compares most favourably with raising them in Sylhet or Mirpur. 'Affordable' means different things to different cultural groups.

The Japanese are from 2010 paying parents £175 per month per child, something this father of four would have loved (and although UK child benefit stops when they leave school, strangely the student grant people consider them to be dependent up to the age of 25). Be interesting to see if it works, although remembering the insane house prices in Japan family formation still isn't exactly affordable.

But there's more to having children than affordability. What sort of country will they grow up in? When I look at a possible UK future, I often wonder what possessed us - and I encourage my children to have an exit strategy. Over the last week, I read two books on Russia - Roderic Braithwaite's 'Moscow 1941' and the late Anna Politkovskaya's 'Putin's Russia'. In many respects - incompetence, corruption, despotism at local and national levels, the cheapness of human life, the country doesn't seem to have changed that much in seventy years.

Politkovskaya's book is almost unreadable in its depressing quality. Her Russia isn't a place you'd ideally choose to sprog in. One tale of brutality and corruption after another - to the point where you start to wonder whether things can really be this bad. Then you remember her murder. Which le Carre novel is it where the quality of information is attested to by the murder of the provider ?

Along with AFF (with allowances made for group differences), I'd suggest that confidence is key to sprogging in a world with freely available and effective contraception, just as we're always told that confidence is key to business investment decisions - and what greater investment than children ? The hope and expectation that your children will have a better life than their parents will IMHO be a key driver of fertility, all else being equal. True for the baby-boomer parents of the post-war West, true for the Bangladeshis and Mirpuris of Bradford and Tower Hamlets. But for today's Russians ? And today's Brits ?
Posted by Laban at 6:24 pm 13 comments:
Labels: demography, Russia, we're not having kids 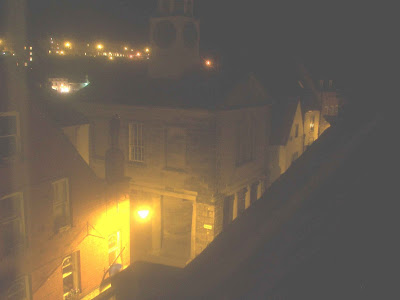 "It was a town of wide extent and dense construction, yet one with a portentous dearth of visible life. From the tangle of chimney-pots scarcely a wisp of smoke came, and the three tall steeples loomed stark and unpainted against the seaward horizon. One of them was crumbling down at the top, and in that and another there were only black gaping holes where clock-dials should have been. The vast huddle of sagging gambrel roofs and peaked gables conveyed with offensive clearness the idea of wormy decay, and as we approached along the now descending road I could see that many roofs had wholly caved in. There were some large square Georgian houses, too, with hipped roofs, cupolas, and railed “widow’s walks”. These were mostly well back from the water, and one or two seemed to be in moderately sound condition." 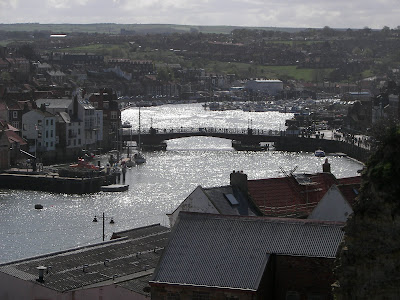