Call me an old cynic, but when I see this : 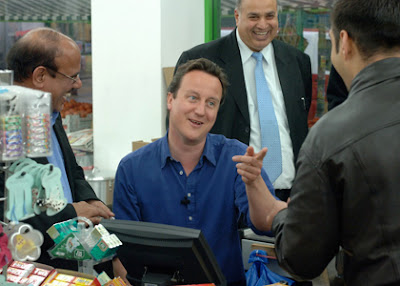 I'm reminded of this : 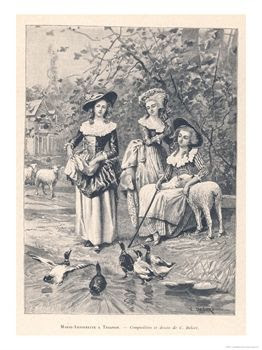 Some of Cameron's Conservative predecessors, in the grammar school era, played corner shop for real.

While I completely agree with him that Asian family values put today's native culture, product of the modern Britain that he's so comfortable with, to shame, he puts a toe into murky water when he says :

Every time the BBC or a politician talks about "Islamist terrorists" they are doing immense harm (and yes I am sure I have done this too, despite trying hard to get this right.) Think of Northern Ireland – "IRA terrorist" was fine because it marked them out as part of a terrorist group, Catholic terrorists would have been a disaster. Yet that is the equivalent of what we are doing now.

While I understand what Cameron's getting at, unfortunately the parallel stinks. For why see here. The Philospher spells it out :

".. while the IRA may have been Catholics, they were not bombing people in the name of Catholicism. The IRA were often referred to as Irish Republican terrorists, which was the ideology behind their terror campaigns. Islamists are killing people in the name of Islam and they use their religion to justify their murderous acts. How else are we supposed to describe them? Denying the terrorists' ideological motivation just because the term Islamist offends some people is absurd."

I hope DC got a kuthlama in while he was in Balsall Heath. The Ambala in Coventry Road does pretty good ones.

UPDATE - in fairness, I should point out that DC is pretty straight about this :

"In the mosque and elsewhere I got the familiar depressing questions about who was really responsible for 9/11 and even 7/7. Dig a bit deeper and it all comes out. "CIA plot ... Jews told to leave the twin towers" - even when it comes to 7/7 "how do we know the suicide bomber videos are real and not fakes?"
Even if this is a view held by 5 or 10 per cent of British muslims - and I suspect it is at least that – this is a real problem which we have all got to get to grips with."

OK DC - does getting to grips with it mean grasping the fact, or doing something about it ?
Posted by Laban at 9:51 am
Labels: white liberals

I certainly now have a much better idea of what a complete and utter to**er the man is thanks to it.

I understand that Cameron received a First in PPE at Oxford. It can thus be confidently inferred that he knows perfectly well that he is talking crap when equating "Islamic terrorism" with a description of IRA terrorism as "Catholic terrorism" (an epithet which I can't recall being used - on the mainland anyway).

This does not prove that Cameron will do or say anything to gain power but it's a fairly good pointer to the way his mind works. His career in PR does not necessarily imply that he is as genuine as a £9 note and as honest as Robert Maxwell. However, those of us not in thrall to getting the party which purports to be "Conservative" into power at any cost can spot a crook in waiting.

Some of Cameron's Conservative predecessors, in the grammar school era, played corner shop for real.

Didn't mean they weren't shot by both sides for it though the pillocks.

Umbongo - "can spot a crook in waiting". Quite. I am baffled by people who simply cannot see Cameron in his true colours. He's not exactly a master of disguise.

But I am obliged to remind you of my Catholic cousin who left that organisation because of, among other reasons, the church collections for the IRA. In south London!

Cameron is so bloody patronising. Would William Hague have gone and stayed with a Pakistani family? Margaret Thatcher?

And he did drugs at Oxford because he thought the law didn't apply to him. Just an extension of wrecking the premises of restaurants and then paying off the poor owner for his trouble. I honestly cannot see what it is people like about this Blair Mark II. I just don't get it.

I understand that Cameron received a First in PPE at Oxford. It can thus be confidently inferred that he knows perfectly well that he is talking crap when equating "Islamic terrorism" with a description of IRA terrorism as "Catholic terrorism

I think you err. Not lacking a First in PPE myself and with the advantage of having been tutored by the don who tutored Vern Bogdanor, who himself took care of Young Dave at BNC...I can tell you that there are some right dodos on the PPE course, often from schools as august as Dave's where life is a conveyor belt rather than a mountain face.

Dim inbred tax-dodgers to be precise.

My experience of PPE graduates is that - stupid though some of them undoubtedly are - they know the meaning of the words they speak. Cameron knew exactly what he was saying and knew it was a load of crap.

However, Cameron is, after all, a politician and can be expected to lie. What exasperates me are those people who appear so desperate to get the present government out (and something that purports to be a conservative party in) that they support the likes of Cameron and his buddies. Worse, Cameron supporters pretend that Cameron et al are not prescribing the same policies as the current shysters in office and that the rubbish spouted by Cameron and Letwin is somehow more "acceptable" to the electorate. Then they take sceptics like me to task for saying that voting for Cameron is a waste since he provides no alternative to the other two political machines on offer. In other words, according to the Cameroons, it doesn't matter what Cameron says - indeed, ignore what he says - because his heart's in the right place.

Umbongo, I agree and am disappointed by the self-delusion in which so many Conservatives are indulging.

Columnist Peter Hitchens puts his finger on the problem: Great swathes of Tory party members and supporters realise that Dave is talking flaccid rubbish, but ... they believe he has a SECRET AGENDA! - and that once in office, he will suddenly throw off his lefty mantle with a great "Ta-dahhhh!" and start governing according the Conservative principles.

This, as Hitchens writes, is verging on insanity.

Dave's a lefty. There is not a hair's breadth of distance between him and Blair/Brown on immigration, Europe, the NHS, the public sector, education and so on.

If the Tories want to save themselves from annihilation, they must sack Dave and put someone firmly from the right - that would be Davis or Hague - in now.

The other option is to let the Tory party die in ignomy, unable to move the argument to the right, and bested by the left again. This would leave them finished and leave room for a genuine conservative party to emerge. I prefer option two. Allowing this stagger around the lefty playing field is just embarrassing.

Dave's a loser. They chose a loser. Maybe they wanted a loser.

The tragedy is that Cameron may very well get in. Who, after all, could believe that after the present shower in office anybody else could be as awful? That is the sole basis of Cameron's "appeal". It's not the alternative on offer (there isn't one) but the known sordidness, corruption and incompetence of the present government compared with the minuscule possibility that the "Conservatives" might be just that little bit less sordid, corrupt and incompetent.

Umbongo - Yes, certainly there's a lot in what you say. But at the same time, there is a large swathe of people,deluding themselves, who argue, "He can't say too much just now because Labour would steal all his ideas. So he has to pretend that he doesn't have many differences with them ...".

And the fact is, Dave is a clone of Blair. One more champagne socialist. With a wind turbine on his roof, for God's sake! He thought people would be impressed!

People shouldn't fool themselves. Dave has no secret agenda. He hasn't told anyone what his policies will be because he's going to buck and wing it, but they'll be roughly the same as Tony's.

are they really bombing "in the name of Islam" ?
Most of the terrorism we are seeing concerns land and occupation disputes; even Bin Laden's gripes against the US were based on the US military presence in Saudi.

"Are they really bombing in the name of islam?"

Hmmmm, tough one ... although there might be a clue in their inevitable cry of 'alu akbar'as they commit individual, or mass, murder. Just guessing, though.