Still, It Could Be Worse

Dayne Gilbey's an icon of common-sense, decency and good old English eccentricity compared with these two.

For a month, the two skinheads had talked off and on about "earning" a spider-web tattoo, Peterson, now 37, testified yesterday.

In their skinhead world, the tattoo meant you had killed someone of a different race, a badge of status in the white racist movement. They wanted "the web" etched on their elbows as a rite of passage. 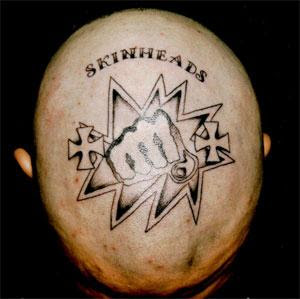 The story's about as pretty as the tattoo.
Posted by Laban at 8:00 pm

Most racially motivated murders are not comitted by Whites in the USA. Black/Hispanic racial murders in Los Angeles which are reportedly not due to gangs/drugs:

How whould this be reported if Whites were involved?

For the full monte on who is attacking who see:

Bear in mind that Hispanic attackers are counted as White but Hispanic victims are not which inflates the White attacker count.

Is the significance of these tattoos a recent thing or an American thing?

I remember blokes on the late 70s and early 80s with spider-web tattoos on their elbows. They were just ordinary hard-cases, not, to my knowledge, people who carried out racial attacks.