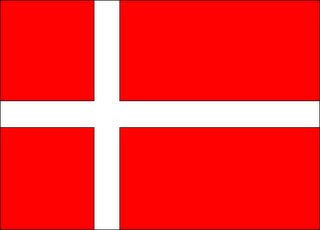 "There is a great deal of talk about responsible journalism, gratuitous offence, multicultural sensitivities and so on. Jack Straw gibbers about the irresponsibility of the cartoons, but says nothing against the Muslims threatening death in response to them. I wish someone would mention the word that dominates Western culture in the face of militant Islam - fear."
Posted by Laban at 9:12 pm

The cheeky buggers are lucky they don't have me to deal with. If I was in charge and the embassy of my country was being attacked by some foreign rentamob, I'd pull my people out of that country, and level the embassy of the offenders, with the 'diplomatic' riff-raff still inside it.

Man, they whine about Mr Bolton at the UN, but if I was in charge, they'd hear the 'smack of firm government' four miles away on a clear night!

Muslims are allowed to openly carry placards, calling for another 7/7, beheading of infidels and death to westerners - but passers by who tried to take placards away from these protesters were arrested!

So Islamic calls for death are protected by the police, whereas anyone who takes offence at these death threats is arrested!

Eurabia is upon us and our freedoms have been eroded by a minority (backed by the government) - and no-one has fought back.

You have to hand it to Islam. With only 5% of the population they have captured the Met, the BBC and Jack Straw. How much power will they have in 10 years when the majority of fighting age men in a large number of towns/constituencies are Muslims? Does anyone have demographic data on this?

Considering that the majority of terror attacks are carried out by Muslim males aged 16-40, this country doesn't stand a chance.

If Muslims are the majority and the UK is governed by sharia, then hopefully by then, all sane Brits will have left the UK - after all, who wants to pay high taxes (jizya) just to keep tyrany and oppression in power?

What's wrong about all this is that this government has allowed it to happen by giving the minority more rights than they do the majority!