The last Carty story I featured was this, the everyday story of a 20 year old construction worker being shot at hs own wedding reception. A Martin Carty was one of the accused.

At the time I wondered if it was a travellers tale. While no paper said so, the story just had that air about it.

Seems so. Note however that travellers are not stupid people. This was planned and organised - a lot better planned than the first hit.


A man facing an attempted murder charge broke out of the dock, bit a policeman on the nose and fled from a court yesterday. Jason McInerney - who is accused of shooting a bridegroom at a wedding reception - was on the run last night after the breakout.Prosecutor Ian Hope threw off his wig and gown and set off in pursuit of McInerney, but was tripped up in a corridor by a man thought to be among a gang of accomplices who had arrived to help with the pre-planned breakout.

Although McInerney escaped, his brother Kurt and Martin Carty, the two other defendants on attempted murder charges, were caught by police and security guards before they could reach the exit at Reading Crown Court. The trial had only recently been moved from a courtroom with a higher level of security. Last night police warned the public not to approach McInerney as they continued to search for him.McInerney, of Romford, Essex, is from Britain's travelling community, with contacts across the country.

His parents' home, in Blaxston, near Doncaster, was alleged to be where McInerney, his brother and Carty, 18, set off from before the shooting at the Skyways hotel in Slough in November 2006. They were accused of attempting to murder Joseph Mitchell by shooting him in the groin during his wedding reception. They also deny robbery, relating to the beating of a man whose high-powered VWGolfR32 they allegedly stole to use as a getaway car.

Mr Mitchell gave evidence against them at the start of the trial, which had been moved from the high-security Court Six, where it had been held for the past three weeks to the lower security Court Two, to make way for a murder trial. A witness said it was no coincidence that the breakout took place on a day when armed police, normally stationed outside the courthouse in connection with the murder trial, were not present because that trial was not sitting. 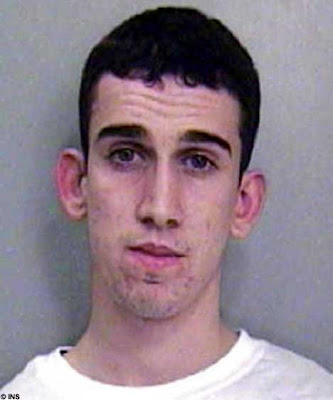