I think the word for this is 'lush'.

I've got a lot of RVW's works, the symphonies and the well-known stuff like Tallis and the Lark Ascending, but he wrote an awful lot of music so there's a lot of more obscure stuff around. His Phantasy Quintet is good. When I discovered RVW I found a host of other British composers of the same period - Bax, Bantock, Butterworth, EJ Moeran, Frank Bridge, John Ireland, Warlock. When I get round to it I'll have to get Walter Leigh's 'Concertina for Harpsichord and Strings' onto Youtube - tremendous stuff, and maybe a chunk of Moeran's Cello Concerto.

RVW was a great fan of the pianist (and later Zionist) Harriet Cohen, about whom I knew zilch till I looked her up.

"His letters to her reveal a flirtatious relationship, regularly reminding her of the thousands of kisses that she owed him."

He wasn't the only one. Her rumoured lovers ranged from Ramsey MacDonald to D.H. Lawrence. Einstein called her his 'beloved piano witch'. Alas, she died childless.

What did they all see in her ? 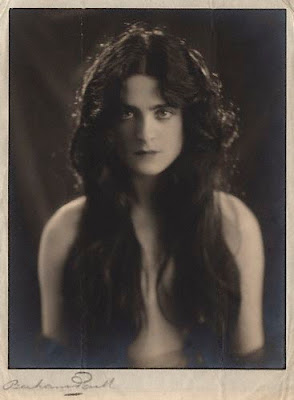 I suggest searching youtube for the lark ascending played by the lovely (well I was quite spellbound by her) Janine Jansen.

As a chap who seems to appreciate a good song you might find this as enchanting as I did (Not Vaughan Williams)
http://www.youtube.com/watch?v=tGxjEfWup5Q&feature=related

If you like RVW and his contemporaries, I suggest you join the British Music Society:

As a Baggies fan I'm a bit conflicted about Elgar - who wrote glorious music but would cycle on a Saturday from Broadheath to Molineux to watch Wolves.