Race relations in Britain are under threat from a series of ill-informed myths, according to a new book by North West experts. Repeated “falsehoods” about immigration are promoting racial disharmony, the academics behind the research said. Professor Ludi Simpson and Dr Nissa Finney from the University of Manchester said there was “no evidence whatsoever” for the existence of race ghettos in the UK.

Well, as we've seen with the ludicrous one's earlier work, it's all down to the definitions. No one thinks there are ghettos in the original sense of the word - a section of town where one group is forced to live. But if you want statistical demolition of straw men, Simpson's your man. I'm not saying the figures he quotes are wrong - although you can never quite be sure of someone with such an obvious political agenda, I'm presuming he's not actually fiddling the stats. In fact you can pick up some quite useful stuff from his work - this presentation, for example (to a local authority conference) has got one or two interesting things sandwiched among the self-promotion. It's in the definition and interpretation that we'd disagree.

Professor Simpson, a population expert, said: “The truth is that Britain’s so-called ghettos are diverse areas both ethnically and socially where no one ethnic group dominates and that is true of East Lancashire. By propagating myths using bogus and alarmist interpretations of population change, individuals are inadvertently promoting racial segregation.”

Dr Finney added: “The only concentrations which resemble anything like ghettos are of white people. The average white person lives in an area which has more than 94 per cent white people in it. British Pakistanis, for example, live in areas which on average have 26 per cent Pakistani residents.”

Those with high blood pressure are advised to avoid the 'myths according to the study' at the end of the article.

I must say Dr Nissa looks rather a sweetie. I could forgive her any number of dodgy statistical interpretations. But of course where she works that kind of thing does your career no harm at all, in fact is pretty much compulsory, and nobody minds - as long as the "bogus interpretations of population change" serve the correct agenda. Who would you rather told you comforting lies about diversity, Dr Nissa : 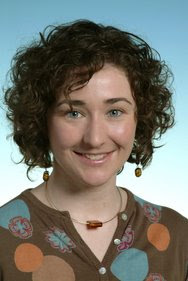 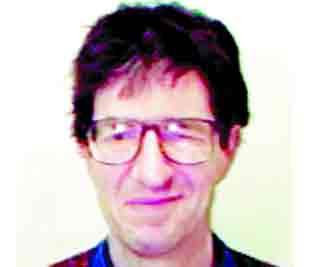 "The only concentrations which resemble anything like ghettos are of white people. "

Or is life really that simple?

So a couple of pointy-heads from the University of Manchester have failed to notice the neighbourhoods of Moss Side, and Levenshume, not a stone's throw from their own campus?

Perhaps they live in Marple, or Wilmslow, and make a point of driving to and from the University with both eyes closed.

Ah, but you haven't studied the stats like they have. No one majority group = no ghetto = no problem.

This is one of the beauties of the internet. These people have left a huge paper trail.

When the day of reckoning comes, there wont be any shortage of evidence.

I believe what I see.

And what I see is something unrecognisable from my childhood growing up in the '80s.

Prof Simpson and his team appear to be working to a pretty clear brief- to counter Prof Coleman over at Migration Watch.
You can be pretty sure all the research monies from the Home Office (and other govt. depts.) on 'contentious' demographic issues will be channelled up to his group at Manchester. Coleman at Oxford will be left to wither on the vine (at least as far as public money goes).
The establishment has always had its court historians .The multiculti establishment clearly wishes to add court demographers to its flunkey list.

Where I live, getting on the bus is generally like penetrating a hostile ghetto. If anyone speaks English, they do it with an affected intonation that makes "computer" sound like "com-poo-'ah".
I suppose it all depends on your definition of "ghetto": one tradition makes it the place into which the poor pariahs are forcibly and unwillingly herded at curfew - and I suppose it's fair to say there are few such places in the UK.
Another, more reliable, tradition has it as a sort of enclave set up by the immigrants themselves to keep the natives and the police out: the ghettoites may keep a sort of "order" themselves by means of vigilante gangs.

"And what I see is something unrecognisable from my childhood growing up in the '80s."

I'm afraid to say Nissa looks a little bit too chavvish (is that a word? It is now!). Like, her and Karen Matthews could be sisters.

Well you have "Ludicrous" plus assistant then Gerry Gable and then the Daily Stasi, which is the anus of the whole operation

As Sir Andrew Green says 'trust your own eyes'

Inside the brain of Doctor Nissa:

Her sort are the most dangerous opponents Laban. After all, who could possibly take issue with such a fragrant creature?

That is not the face of a chav! Look at what she is wearing, there is no shell suit in the world like that.

What I want to know is how Laban hacked into the sex offenders register to get the photo of that bloke with the glasses?

After 18 years providing security at manchester uni I can safely state that everybody at that uni knows about moss side....I still have the scars.

They will have chosen their definitions carefully to give the result that they wished. Just pick a narrow race definition, and a wide geographical area and you can get any number you wish. I wonder what the result would be if you got rid of the Pakistani element and just said Muslim?

a few months ago, i walked along the streets of inner city north east london. i must have walked about half a mile to a local train station - and i swear, i never heard English being spoken for the entire duration.