More Torture In The Community 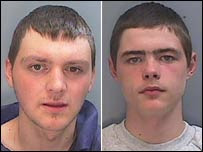 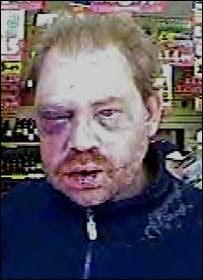 That's the third trial this year in England of people for torturing and killing "vulnerable individuals". The other two are here.

The court heard Ryan Palin, of Grasmere Avenue, Orford, and Craig Dodd, of Lisguard Close, Runcorn spent months systematically abusing the victim, who had severe learning difficulties, in a process they nicknamed 'terroring'.

They regularly broke into his council flat on St Katherine's Way, Howley, where they wrote graffiti on the walls, burnt his hair and daubed his face with paint. On the night of his death in May 2006, the boys were seen by neighbours beating him with planks of wood until he bled. Days later his body was discovered floating in the River Mersey in Westy, Warrington.

Nice chaps. Originally sentenced to "life", whatever that means, Judge Rix (must be Brian Rix, although apparently his name is Bernard. His decisions are certainly farcial enough) reduced them to a minimum of three and three and a half years.

You can see a whole pageful of the cretins who take such decisions here. Curse them, and may they pay for their crimes - for such they are.

They're reserving the long sentences for the really dangerous guys.


via Martin Kelly
Posted by Laban at 12:15 am
Labels: the way we live now, torture in the community, tough on crime
Newer Post Older Post Home