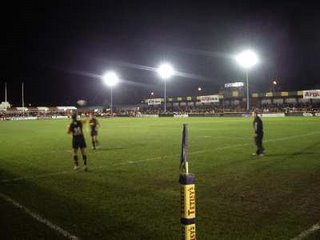 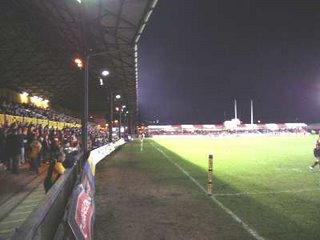 A cold Friday night, left work early to watch my youngest play rugby (lost, alas) - what better way to spend the evening than packing the car with children (£3 for kids - absolute giveaway) and heading across the border to Newport?

I don't think it's being unfair to say that the town's had a reputation as a) not being the most scenic bit of Gwent b) having some pretty rough boys - and girls too. But watch out - yuppification is coming. I havn't worked out where the marina and its associated flats will be, but the whole west side of the river is a mass of diggers and traffic cones - with the east side, including the Parade, next up. Close to the M4 corridor - I see another Cardiff or Swansea-style future for those with the money.

I must admit I rather like the old Parade as it is. Interesting layout - you enter through an area which once looked to have been a banked cycle circuit, with a bowling green (there once were tennis courts) in the middle, as seen in this old photo. There was until recently a cricket ground at the far end, too - where Glamorgan used to play. 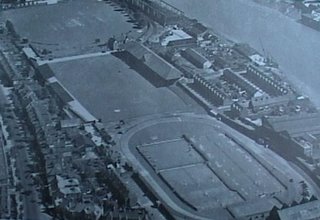 Gwent Dragons beat the amateurs of Bucuresti 66-10, though the game was marred when the Romanian No 8 Cosmin Ratiu was taken off with what looked like a serious neck injury. The latest report from hospital last night was that he had regained movement in the upper part of his body. "He's not moving" said my son within seconds of him going down. Hope he'll be OK.

If we can get tickets we may well be back for the Bristol game on 12th Jan.

It was worth the trip just for Kevin Morgan's terrific running from fullback and to see the great Colin Charvis, Welsh icon and son of Sutton Coldfield. Apologies for the picture quality. 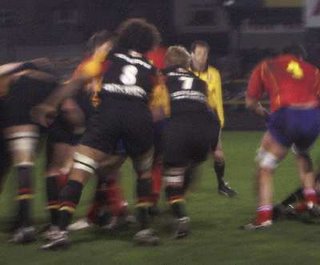 Great to see another Blogger who occasionally mentions Newport rugby.....

And I love the old pic as well.... Can I ask where you sourced it? I've got quite a collections and I'm not sure I've seen that one before...