New US Hostage Is Named

The Guardian reports today on the latest reported hostage-taking, of a black American soldier, whose photograph was posted on an Iraqi website. He was shown seated in front of a black flag, gun pointed at his head. 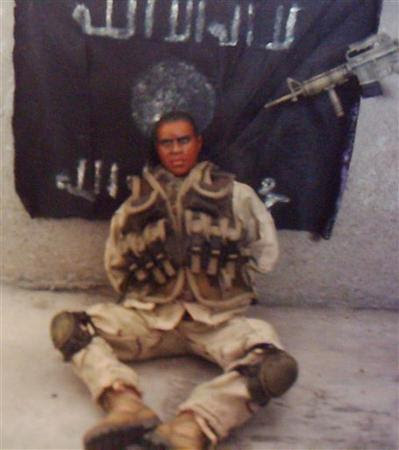 He has been identified as Action Figure Cody, a toy doll of the 'Action Man' variety.