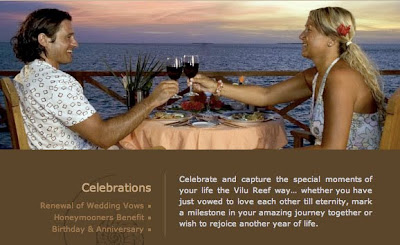 I know it's wrong to find this funny. But we are all sinners. And when all's said and done, there's nothing like exposure to different cultures to broaden the outlook, is there ?

Asking the couple and other ‘officials’ to raise their hands as is customary for Muslim prayers, the ‘celebrant’ begins his marriage vows.

‘Fornication has been legalised according to Article six, 1.11 of the Penal Code,' he chants in a tone favoured by religious scholars. ‘That is, frequent fornication by homosexuals. Most fornication is by males,’ he continues.

‘You are swine. The children that you bear from this marriage will all be bastard swine,’ he says to his guests.

‘Your marriage is not a valid one. You are not the kind of people who can have a valid marriage. One of you is an infidel. The other, too, is an infidel – and we have reason to believe – an atheist, who does not even believe in an infidel religion.’

The hapless couple remain oblivious as the ‘celebrant’, surrounded by 10 to 15 employees, calls for the marriage to be enshrined in Islamic law, followed by further personal insults against the couple...

The groom, who is watering the new coconut tree which they have just planted, is totally unaware of the manner in which his wife and her breasts are being discussed by the group of Maldivian men ‘officiating’ at the renewal of their wedding vows...

In a statement the resort expressed its ‘deep concern and regret’ over the incident. Set on its own exclusive island in the Indian Ocean, the Maldive resort is a popular destination for couples intending to renew their marriage vows.

A stay at the Vilu Reef beach and Spa costs from $1335 per person and it is advertised as a place where couples can ‘celebrate and capture the special moments of your life and mark a milestone in your amazing journey together or wish to rejoice another year of life’.

UPDATE - you've got to admit the guy is a brilliant improviser - or has had a lot of practice. I can see a small sideline for Dhivehi-speakers in the 'Check Your Wedding Video To Ensure You're Not Being Insulted' market.

Asking the couple and other ‘officials’ to raise their hands as is customary for Muslim prayers, the ‘celebrant’ begins his marriage vows...


“Research has shown that men have a higher sex drive than women,” he says. “According to Article 8 to 6 of the Penal Code, converting to Islam, or circumcision, is not desirable under any circumstances.

“Germs of anger and hatred will breed and drip from the tips of your penises,” he says...

The ‘celebrant’ mixes the two letters to make the word ‘balhu’, the full version of which, as used by the ‘celebrant’, is ‘nagoo balhu’. The literal translation of the term is ‘crooked tail’, believed to refer to a pig’s tail, and is considered to be one of the worst insults in the Dhivehi language.

“You are swine according to the Constitution,” he declares, solemnly.

He then asks the couple to stand up and hold hands. The ‘officials’, too, stand up and place their hands on the couples’. They form a séance-like circle and the ‘celebrant’ begins chanting.

“Aleelaan, baleelaan…”, he begins. What he is chanting is not a verse from the Qur’an, or marriage vows in Dhivehi, but are the words of a popular Dhivehi children’s game.

Words of the game, too, are changed to say “black swine” instead of what is contained in the original.

“Before buggering a chicken, check if the hole is clean. That is because the people of the countries that you are from are familiar with the taste of the ****holes of chicken,” he chants, still with hands held over the couples’.

“Do not treat with kindness people against whom violence is being committed. Commit more violence against victims of violence. You are not people who have been sent to this world to commit violence.”

He then returns to the matter of staff salaries, which he continues to chant in the same tone as he had done the insults. “Do not complain too much about salaries, or matters regarding salaries. That is against the Penal Code. This is not something I am saying for your benefit – it is a law that we have made.”

He begins to chant loudly about “black swine”, stringing insult after insult and delivering it in the same rather ominous tone that Maldivian religious figures choose to deliver their sermons in.

Someone else is heard at this point to tell the ‘celebrant’ to “say a little bit more, and then quit.”

The concluding chant is delivered in a gentler, softer voice: “Keep fornicating frequently, and keep spreading hatred among people. The children you will have from this marriage will all be bastard swine.”

UPDATE2 : the comments on the story. A lot are critical of the resort's owner (including his allegedly innovative love life), and more than a few suggest that such 'ceremonies' are not uncommon :

Pause the video at 4:50 and you can see that the owner of Vilu Reef Mr Sun Travel Ahmed Siyam Mohamed MP is in the video, personally witnessing this rip off of unsuspecting clients.

Pause the video at 4:47 and play it till 4:52. You can clearly see the owner Mr. Sun Travel Siyam personally witnessing this callous rip off.

For God’s sake what’s wrong with so many ppl who rant as if Armageddon has arrived? It has not happened and nor has Vilu Reef paid us (maldivesresortworkers) to buy our loyalty. The fact of the matter is that these weddings are not new things in resorts. Nor are these make-me-feel-good marriage valid for purposes like inheritance or are legally binding. Nor are these religious ceremonies or civil ceremonies or any such sanctified rituals. These are just parts of the entertainment process in resorts. Even when guest do not renew their vows again in the resorts, many guests bring wedding gowns to take pictures of themselves in those dresses. This is not a new thing for tourism.

Nor is smiling broadly at guests and uttering gibberish a new phenomenon. Guests and staff indulge in fun like this every day. What counts is the service, the sincerity and the friendliness of the staff to the guests. Good guest service is not about being cold, unapproachable, reverent, officious and snobbish. Guests would much appreciate staff who would make fun and make their stay enjoyable than those who stand in awe and revered stance like zombies and are political correct.

Throughout this marriage in question, the staff were able to keep their cool which is an achievement. Not everybody can say all those ‘things’ while smiling at the guest and suppressing the urge to burst out laughing. Even if the couple secretly were aware of a smattering of dhivehi they would have burst out laughing and would not forget their fun moment in Maldives.
The problem with the majority of us is we do not see the positive side of this.

I must say this doesn't seem very positive for the Maldives tourist industry. While I appreciate the information, I can see that the (presumably Maldivian) site hosting the story may well, and not unreasonably, come under pressure to remove it.
Posted by Laban at 4:47 pm
Labels: culture

Anonymous said...
This comment has been removed by a blog administrator.
3:54 am

Well i thought that was funny! glad im not the only one.

Please moderate your language in the comments, gentlemen. There may be ladies present.

Im sorry I used a bad word Laban, I was writing from the heart!

Not unlike foolish girls who get tattoos in Japanese saying I am a whore.

If the idiots hate their own culture so much they have to go through some cod-Muslim ceremony, they eserve everything they get. Muppets.

DreamHost is definitely one of the best hosting company for any hosting plans you need.