Wild animals are set to be banned from circuses after a consultation found overwhelming concern by the public. Ministers said they were "minded" to bar animals like lions and tigers from big tops in England and campaigners hope the rest of the UK will follow. More than 90% of the 10,576 respondents said they wanted to see a total ban.

The consultation by the Department for Environment, Food and Rural Affairs said there were currently four UK-based circuses using non-domesticated animals including lions, tigers, kangaroos, llamas, camels, zebras and crocodiles. Some 95.5% of those responding to the consultation said they did not think there was any species of wild animal which could acceptably be used in circuses. And 84% of people said they wanted to see ex-circus animals rehomed in zoos or sanctuaries.

I presume the 'consultation' meant that the various animal rights bodies mailed all their supporters and told them to mail HMG. No one asked me or mine - we didn't know there was a consultation. I can't imagine that 95% represents public opinion.

It's not that "you don't know what you've got till it's gone". That implies that you've known it. No more will children be taken round the tents in the afternoon to see, smell, maybe touch - as the beasts are being fed and watered. And when the circus goes, can the zoo be that far behind ?


Would you necessarily associate the divine Ms Kitt with a Big Top ? 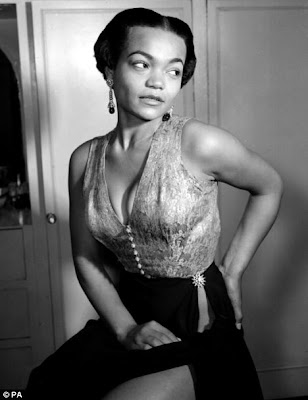