Read your Times piece today on prisons and imprisonment.

"The traditional four justifications for depriving people of liberty — retribution, incapacitation, deterrence and reform — are all vital". Fair enough.

"A violent criminal is not, on the whole, one who turns to crime because he is poor and needs to care for his family: a person who cares that much about his family has too much empathy for others to be a violent criminal." Well, up to a point. Few violent criminals are poor, but many successful, wealthy and violent criminals care deeply about their families. Ever heard of the Mafia ? And some sections of the travelling community manage to combine strong family values with an attraction to other people's property. I still remember the itinerant tinker community who terrorised (literally - the local children had to have a police escort as they waited for the school bus) a village a couple of miles away for several months. Come Easter Sunday, the whole site was at Mass - the men, down to small boys, in sober jackets and ties, the girls immaculate in white, wads of notes in the collection tray.

After that I start to get uneasy.

The figures are eloquent. In 2004, the prison population of England and Wales stood at 75,544 — almost double the 1991 figure. It is likely to rise over the next decade to around 100,000 as magistrates and judges hand out tougher sentences in response to more prescriptive sentencing guidelines. Britain already has one of the highest ratios of prisoners to the general population in Western Europe.

This is the standard Guardian set of 'eloquent' figures. The really eloquent figure, Cardinal, is the one you don't quote. It's the crime rate. The reason so many Brits are inside is that so many Brits are criminals. And as for the rise being due to 'more prescriptive sentencing guidelines', had we stayed with the sentencing guidelines of the nineteen-fifties, when 30,000 people were in jail and the crime rate was 10% of its current level, we'd now have a prison population of 300,000. If the propensity to imprison has increased recently under the Howard/Straw/Blunkett regimes, it's after decades in which punishment became lighter and lighter.

Think about youth crime in the 1950s and youth crime now. Despite tales of Teds slashing cinema seats and Pinky getting nasty at Brighton Races, most people would accept that the level of youth crime is far higher now than it was then. They'd be amazed to hear that more young people were in prison then than now.

You don't give your view on 'appropriate punishments' directly, but I'm worried when you talk about the killers of John Monckton, the Catholic financier stabbed with his wife at his Chelsea home.

"I know that when they reach prison, they will enter a system from which they are more likely to emerge as hardened criminals than changed citizens."

"The Judaeo-Christian tradition insists that the primary aim of any penal system is to reform and restore."

Did it ? A desirable outcome, perhaps, but the primary aim ? And how does that fit with 1500 years of the Judaeo-Christian death penalty ? Not much time to reform and restore there, unless (as did happen) repentance and the sacraments were accepted at the last. Didn't stop the sentence though.

But it's this sentence that really turns the stomach.

"The men and women currently in British prisons are extraordinarily disadvantaged and vulnerable individuals."

I can think of a much more disadvantaged and vulnerable group - the people who have to live with these people when they're outside, and who constitute the main pool of victims - the poor and elderly who may be just as disadvantaged as the criminals but who don't commit crime. Who speaks for them ?

Will you, Cardinal, speak for the many thousands, probably more than the prison population, who are imprisoned each night on estates all over Britain, afraid to go out on the streets and afraid of being burgled if they leave the home ? What's that ? I can't hear you.

Will you speak for those who are driven to suicide by criminals ?

Will you speak for the victims of crime ? I can't hear you. Oh, wait a minute - "the bishops are alarmed at the way some media treat the claims of those who have suffered or fear crime as limitless, and demand an ever more punitive or retributive penal system. Equally alarming is the way that some politicians pander to the popular indignation, competing to appear ever more “tough on crime”. "

We've seen that the 'ever more punitive' system translates into a system which has been fractionally more punitive for a few years, after forty years becoming less punitive. And what is so 'alarming' about politicians who respond to the concerns of their constituents ? Isn't that exactly what they should do ?

If only you, Cardinal, would take a leaf from the book of the great Scots Archbishop Mario Conti.

"It is not only serious violence on an international scale which mars our society, but also the raw sewage of anti-social behaviour at home which provides so unpleasant an odour.

"I have become aware in my own ministry as Archbishop of Glasgow of the deadening grip of anti-social behaviour on many communities in my own archdiocese.

"How often I have heard priests lament to me that their people do not respond to events and services being held in the evening because of the fear of leaving the security of their homes in the hours of darkness."

Extraordinary - he cares more about his parishioners than the criminals ! Whereas our shepherd seems less worried about the dead and injured in his flock than by the possibility of a distemper outbreak among the wolves.


Here are some of the people you consider to be 'extremely disadvantaged and vulnerable'. 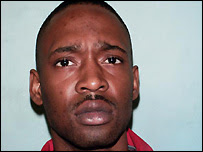 And some of the people who don't get a mention. There are many more. 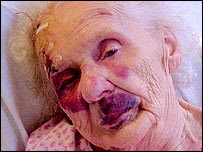 Finally a tale of a good Catholic family. The Erskines were poor but honest people who lived on a Stratford council estate - not in East London, but Warwickshire. The kids were well brought up and attended St Benedict's School in nearby Alcester, before Anthony began working as a trainee manager at Woolworths.

Unfortunately the Collins family lived next door - violent underclass types who didn't like the sort of kids who did their homework and then got jobs. They made the Erskines life a misery, taunting Anthony's mother about her Maltese origin and abusing his slightly-built father. When one day Anthony intervened as Damien Collins and his friend Mark Hemmings were insulting his father on his own doorstep, Hemmings knocked Anthony down and Collins kicked him to death in front of his parent.

Anthony Erskine's twin brother Ian committed suicide on the anniversary of his brother's murder. What remains of the family has moved away from Stratford.

Collins and Hemmings were given a tariff of 10 years in 1996. They'll be out in something over thirteen months. Amazingly they tried to get the sentence reduced. In the Lord Chief Justice's words "The parents of the deceased make it clear that they feel extremely angry about the possibility of release of their son's murderers. They oppose any reduction in the tariff."

The Erskines' sentence goes on - good people destroyed. What is the Bishop's Conference doing for them, Cardinal - these victims with their 'limitless claims' and their two dead sons ?
Posted by Laban at 11:07 pm
Labels: Christian-lite