British Prime Minister David Cameron has warned Pakistan not to have any relationship with groups of "r**heads" that "want to blow up our bloody Tube trains".

"We should be very, very clear with those ***** in Islamabad that we want to see them pull their fingers out", Mr Cameron told reporters after a speech in the southern Indian city of Bangalore. His remarks were greeted with warm applause by his Indian audience. 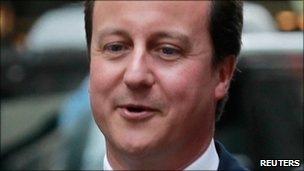 Earlier, in Turkey, he had addressed the Palestinian issue, calling for 'those sodding front-wheelers to give Hamas a break'. His remarks were greeted with warm applause by his Turkish audience.

"He wasn't accusing anybody of double dealing, or criticising Israel" Mr Hague said."He was just giving his audience what they wanted to hear. In this he is following the tradition of other great British statesmen, such as Mr Blair."

Tomorrow David Cameron returns to Britain and domestic politics. In a speech to Carlisle Chamber of Commerce on devolution, he is expected to call for reduced central government funding to"those sponging, drunken Jocks". Later in the evening he will address the Welsh Assembly on "the Saxon Serpent", and point out to a delegation from Sinn Fein that "England's difficulty is Ireland's opportunity".