From Each According To His Abilities .... 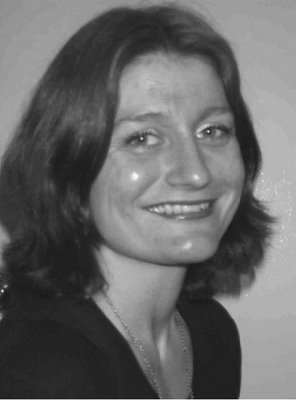 To each according to her needs.

It certainly seems that the Scottish Socialist Party, like the early Christians, "hold all things in common". Yet if they're against 'privilege, inequality and greed' surely they must recognise that their leading light is consuming far more than his fair share of life's goodies. Just one of his many alleged encounters with the fetching Ms Trolle could have kept a poor crofter going for months, or inspired some ned in Easterhouse to brush his teeth, shower and change the sheets.


Members of the public queued outside Court 6 of the Court of Session in Edinburgh to secure one of the 18 seats in the public gallery on day 10 of a sensational case that has dominated headlines in Scotland over the past fortnight.

From the (admittedly limited) evidence available to me, this defamation suit would seem somewhat unwise.

Asked by Michael Jones QC, representing the Sunday newspaper, who was in the house, Ms Trolle replied: "Andy (McFarlane), Tommy (Sheridan) and myself."

Mr Jones said: "What happened?" The witness replied: "We had sex."

Mr Jones sought clarification as to what Ms Trolle meant when she used the term "we".

She replied: "All three of us."

Good trades unionist practice would be 'one out, all out'.

“It’s better than television, I’ll say that,” admitted Jack Anderson, a pensioner who had driven up from Peebles for the trial. Each morning he joined the small gang who competed for entry. “It’s like a wee cinema in there,” a Sheridan family friend explained to a passer-by.

I like to think that Mr Anderson and the very wonderful Peebles blogger Kirk Elder are one and the same. Glorious stuff.
Posted by Laban at 1:08 am

OT:
You may be interested in this Laban, its about Anglo-Saxon invasion of England:
http://news.yahoo.com/s/afp/20060718/wl_uk_afp/sciencebiotechhistory

From the (admittedly limited) evidence available to me, this defamation suit would seem somewhat unwise.

I saw the item. I'm no expert, but the lack of Celtic place-names in SE England makes the hypothesis that the Celts were exterminated more probable IMHO.

(And now the English, themselves out-bred, are fleeing to Wales and the West, the last Celtic regions)

Shuggy - Sheridan may be wrecking his party. But I predict a great future in tabloid TV. Abi Titmuss hasn't done too badly, has she ?

Although the allegations of hypocrisy being levelled against Tam o' Shagger are of a staggering scope, this is very possibly Scotland's most politically significant trial since the Appin Murder.

It will determine the future viability of a political movement- and although the Slap & Tickle Party already lives in a state of perpetual squabble, any hope it has of continuing as an electoral force depends on whether twelve angry persons believe that its founder is a noble man of principle seeking to right a monstrous injustice, or a priapic sensuary with a nose like a Dyson.

Regardless of whether he wins or loses, some of us who've followed Sheridan's career since The Battle of Turnbull Street, a career built on contempt for law and the rule of law, are thoroughly enjoying his current discomfort. Nipple clamps? News of the World columnists? Swingers' clubs in Manchester?

re: the Yahoo story.

It seems rather sensationalist to put the label Apartheid.

That said, I am remind of a story in the Sunday Times from a few years ago. They look a geneology from across Britain and discovered that the further west you went the higher proportion of Celt genes you found. At no point was there a clear divide. This suggests that the "no inter-marrying rule" (if there was one) was being broken rather frequently.

The no intermarrying rule (if there was one) may have faded away in time. So any intermarrying after that would tend to show only in areas near to or where there were enough celtic genes still around.

Probably the correct policy for victory would be not to allow marriage between the dominant people and subject people. Whilst dominant group males could have their way with the subject women.

Sir, I thank you for the compliment, but, reluctantly, I must concede that I have not been in attendance at the court of Mr Sheridan. From what I have gleaned, the trial is very similar to television, by which I do not mean Ask The Family presented by Mr Robert Robinson.